South Africa is a constitutional democracy divided into 3 spheres of Government: 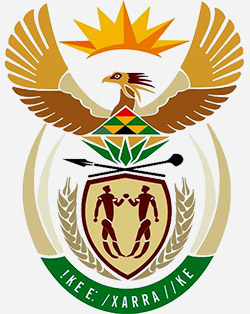 Each sphere of government's responsibility is outlined in the Constitution of 1996. While national and provincial governments’ legislation may supervise the functioning of local government, a municipality governs  the local government affairs of its community.

A municipality is tasked to structure and manage its administration and budgeting and planning processes to give priority to the basic needs of the community and to promote the social and economic development of the community.

Langeberg Municipality is a Category B: local municipality, located within the Cape Winelands District Municipality in the Western Cape Province. The municipal area covers approximately 4 517.4 km2. According to the population growth estimates, of Stats SA, the population figures for the area indicates a number of 119 962 residents and 31 000 households in 2021.

Robertson was founded in 1853 and named after Dr William Robertson, a then Scottish Dutch Reformed Church minister at Swellendam.

Robertson, now known as the valley of wine and roses, is one of the largest wine-producing regions in the Republic and situated at the heart of Route 62 - the longest wine route in the world.

Farming and wagon building were the town's original industries. However, after the Second Anglo-Boer War of 1899, the wagon building industry collapsed when the railways took over the transport of all goods.

Robertson subsequently became famous for its ostrich farming, but this industry collapsed as well shortly after World War I, and the farmers of the area turned to wine and fruit farming. Later, several successful racehorse stud farms were founded. Agriculture remains the mainstay of the town's economy.

Because of the area's relatively low rainfall, there is intensive irrigation. About 25 km of irrigation canals, leading from the Breede River, carry water that is pumped by electricity as far as Montagu. Robertson is South Africa's first irrigation district.

Although the rural area is in extent much larger than the urban areas, the majority of the population reside in urban areas.

You will be surprised by the warm welcome and relaxed hospitality which awaits you in this quaint country town. With spectacular scenery of Victorian buildings, jacaranda-lined streets, rose border vineyards, columns of red cannas, the majestic Langeberg Mountains and the Breede River, all form the backdrop to this delightful Cape Winelands town.

Montagu, once known as "Agter Cogman's Kloof", lies between the Keisie and Kingna Rivers. The only exit to the west was through Cogman's Kloof, and strong teams of horses or oxen were needed for the journey. John Montagu, the British Secretary of the Cape Colony based in Cape Town in the 1850s, envisaged the potential of the Cape Colony, but realised that it could never develop without efficient transport and communication.

Montagu was aided by pioneering road engineers to create passes through the mountain barriers. Through his efforts, the country developed agriculturally and he became a popular figure. In Tribute to him the village was officially named Montagu in 1851 and he traveled there to "baptise" the town.

It is not known when the springs were discovered, but early trekkers followed the course of rivers and some camped in the vicinity of present-day Montagu. They drank the clear, strangely-flavoured water, found it wonderfully refreshing and traced its course through the kloof to where they discovered the hot springs. News of the healing waters spread quickly and many visitors began to visit the area. The springs form part of the now popular Montagu Baths.

Montagu lies on the legendary Route 62, halfway between Cape Town and the Garden Route.

The area is not only famous for its hot springs, muscadel and dried fruits, but its also the perfect retreat for eco, wellness and adventure sports, as well as golfing holidays. There are many wildlife reserves, game lodges, and all types of accommodation options to book your stay.

Montagu is the perfect destination for rock climbing, kloofing and abseiling.

Visit the Saturday morning market, take a Cadillac trip to the wine farms, taste olives, visit the dried fruit factory shops, go on a tractor or 4x4 trip and hike the Cogmanskloof or Bloupunt trail. Enjoy nature walks, bird watching, horse riding, and cave tours. Learn about medicinal herbs at the museum and take a historical building or ghost cycle tour. Relax at a wellness centre, stroll the many arts and craft shops and have a scrumptious lunch at one of the many farm stalls and restaurants.

With the completion of the railway line from Worcester to the coastal regions in 1887, the trading post on the Roodewal farm, became a railway station. Shortly afterwards it was renamed Ashton, in honour of Job Ashton, director and railway engineer of the New Cape Central Railways (Ltd). For several years the settlement consisted of only a railway station, warehouse, hotel, post office, butchery, a little school, one shop and a few houses.

During 1939 and 1940 extraordinary growth took place with the opening of the Langeberg Co-operative, one of South Africa's largest producer of canned fruits and fruit purees, resulting in the farmland being divided into plots. Development received a further boost with the establishment of a second canning factory in 1949. In 1956 Ashton gained municipal status and now host the administrative Head Office of the Langeberg Municipality.

Next to the Municipal Offices of the Langeberg Municipality in the Main Road of Ashton, the steam locomotive no 2010 class 14 CR, commissioned in 1919 and used on the Worcester-Mossel Bay rail section until 1983, still proudly depicts the town’s history.

The little village of Ashton is famous for its concrete tied-arch bridge and many fruit -, wine-, and race horse stud farms and rose nurseries.

Do not miss a visit to the antique furniture shop and boutique wine shop with restaurant.

Enjoy the views of this beautiful part of the world, follow road markers to the panoramic vista viewpoint just outside of town or attempt one of the day walks in the surrounding foothills of Ashton, through local fynbos.

The name Bonnievale actually means Beautiful Valley. Bonnievale, also known as the valley of cheese and wine, was founded by Christopher Forrest Rigg.

Rigg and his wife moved to Bonnievale in 1900. Their only surviving daughter, Mary Myrtle was born in 1903. Sadly in 1911 she contracted meningitis and on her deathbed she asked her father to build her a small church. Mary Myrtle was buried in her favourite playground, the lucerne field near her home. Rigg kept his promise and built the small Norman-style church in her memory. The date on the cornerstone is 1921, but the first Anglican service was only held in 1924. At the entrance above the main door there is a statuette in the likeness of Mary Myrtle, and in the background is a rose tree with seven roses, depicting the seven years of her life. The Mary Myrtle Rigg Church is the only church in the world known to be built at the request of a child.

Rigg was also responsible for the construction of the water channel scheme providing Bonnievale with water. Today, more than 100 years since completion, all of the east side and large sections of the west side of Bonnievale still use the water from these canals, which are much as they were when built by Rigg.

In 1902 a railway halt was constructed between Robertson and Swellendam and was called 'Vale'. In 1917, at Rigg’s request, the halt received full railway station status and the name changed to Bonnievale. In 1922 a village management board was elected. The town received full municipal status in April 1953.

Beautiful fruit and wine farms will line your way into town as you weave along the banks of the ever-flowing Breede River with the majestic Langeberg and Riviersonderend mountain ranges on either side.

Stay at one of the riverside camp sites or cottages. Browse the antique furniture shops, the museum and the old car display or go wine tasting and enjoy lunch at the local coffee shop or restaurants. Don't miss out on the most succulent steaks at the local butchery and a variety of locally produced award winning cheese and butter from the factory outlets. The surrounding rural areas offer various 4x4 routes, mountain biking, walking trails to discover the fynbos, birds, waterfalls and rock formations. Or go swimming, fishing and rowing at the dams.

In the late 1700s the promise of fertile farming soil drew the first farmers to settle here. In the early 1800s a few houses were built to house labourers, and for use by the farming families when visiting town for church services, such as communion. These houses were called “Nagmaalhuisies”, which can be roughly translated as communion houses.

The village of McGregor was laid out in 1861, the population then totaling 50. In 1894 a village management board was established and in 1907 the village became a municipality.

McGregor was originally known as Lady Grey but the name was changed in 1905 to avoid confusion with Lady Grey near Aliwal North. It was renamed in honour of the Rev Andrew McGregor who had been the Dutch Reformed Church minister of the Robertson District for 40 years.

During 1865 and 1880 an attempt was made to build a road through the mountains to connect McGregor with Greyton. However, due to financial and labour constraints, this tarred road from Robertson now come to an abrupt halt just outside the village. The "Road to Nowhere" has kept the village off the mainstream map of commercialism as the best kept secret in the Western Cape.

The 19th century village dreams away in a quiet valley at the end of a road going no-where.

McGregor is a unique, eccentric and therapeutic country village away from the crowds where you can step back in time and relax. Here life is slow, tranquil and gentle.

The village, of beautiful preserved white-washed cottages nestle in half-wild gardens with water burbling down old stone irrigation channels, is home to a vibrant community of artists and craftsmen.

There are top-class art galleries, a pottery studio and quaint bespoke shops for you to visit. Explore the Saturday morning market, the donkey sanctuary, and Vrolijkheid nature reserve - for bird watching from hides. Enjoy 4x4 routes, mountain biking and hiking trails. Visit the museum and take on the heritage village walk or cycle route. Visit the surrounding wine, grappa and olive farms, enjoy holistic massage therapy at a spa or retreat centre and support the several fine country restaurants and delis on offer.