The office of the Regional Land Claims Commissioner in the Western Cape will on Saturday 29 August 2015, launch the Mobile Lodgement Unit which will be lodging land claims for victims of land dispossession.

The launch will take place in Worcester on Queens Park.

This amendment is a direct response by Government which was inundated with requests to re-open the land claim lodgement process. The lodgement phase is now open for a period of 5 years, ending 30 June, 2019.

Lodgement offices have been opened in two sites in the Western Cape which include Mowbray in Cape Town and another in George. However, the offices are not easily accessible to rural people. The Commission undertook measures to access potential claimants with the message “Don’t come to us- we’ll come to you”. Mobile lodgements units, in the form of customized busses were procured for the benefit of rural communities.

The main purpose of this launch is to create awareness around the mobile unit’s arrival and its schedule for the Cape Winelands Region.

The bus is fitted with technology to process applications from potential claimants.

Thus far, the Commission of Restitution of Land Rights has received 10 500 claims since the process was opened last July. 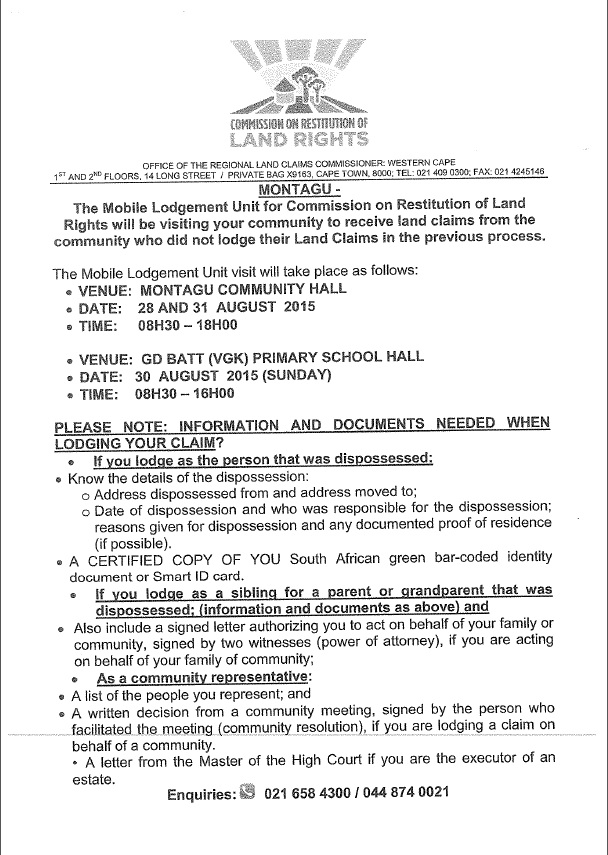 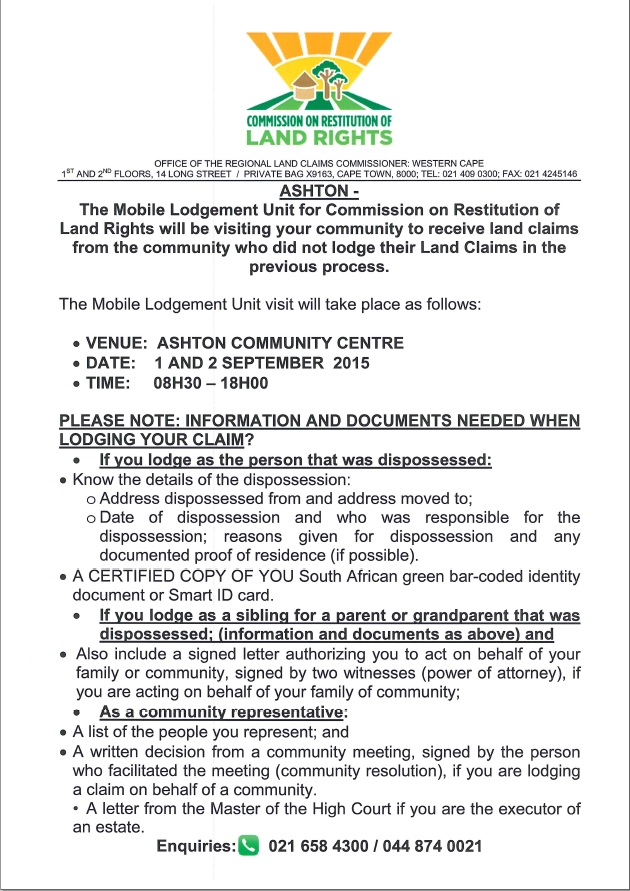