Another part of this project – the Ashton Arch bridge - was recently awarded the 2022 Fulton Award for the Best Infrastructure Project and received commendation for Innovation and Invention in Concrete. It is anticipated that more accolades are to follow for the project as it has been entered into the 2022 CESA AON Engineering Excellence Awards, with winners due to be announced on Wednesday 28 September.

Construction of the pass project commenced in May 2019 and it entailed the reconstruction of the road from the West of Ashton through the Cogmanskloof, onto the East of Montagu. Three bridges - the Ashton bridge, Boy Retief bridge and Voortrekker bridge – were also replaced. A multitude of economic opportunities were unlocked through the project as follows:

At the completion of the project a total of 42% of the contract value was allocated to the creation of economic opportunities and entrepreneurial capacity in the surrounding areas.

Minister Simmers said: “The opening of the Cogmanskloof Pass is not only a historic moment for the Western Cape Government,  it is an even greater one for the community of this region. Nearly 630 job opportunities were created during the various construction phases of this project, and we certainly expect more opportunities to be created as result of the rehabilitation of this infrastructure. The R62 is a major thoroughfare between the N1 and N2, and this project improves the current road into a dual carriageway allowing unrestricted movement towards Swellendam to the N2, as well as major tourist routes (R60 towards Oudtshoorn).  We look forward to receiving an influx of tourists and commerce through this gateway.”

The primary objective of this project was to reconstruct the roadway to a higher standard to improve traffic and pedestrian safety, as well as improve flood capacity of bridges and prevent overtopping of the road during floods.

A special feature of the project is the Ashton Arch, which is South Africa’s first concrete tied arch bridge constructed using a transverse launching method. It represents a proud monument for the Western Cape Government, the people of the Ashton-Montagu area, and all the contractors, team members and suppliers who were involved in the project.

“The Western Cape Government continues to pave the way in providing cutting edge infrastructure projects, which are both sustainable and innovative. We are building the Western Cape, and building our economy,” concluded Simmers. 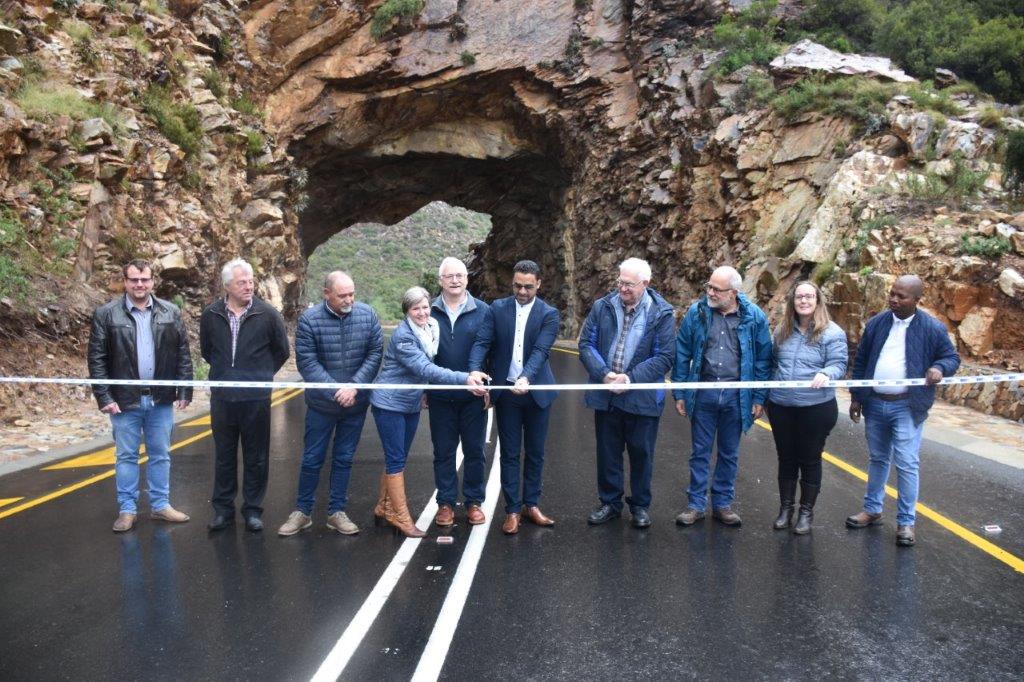