On Friday 11 November 2022, the Provincial Minister of Infrastructure Tertuis Simmers, gifted the elderly members of Nkqubela housing project with early festive season gifts. This happened when he delivered their tittle deeds 2 months after they received their house keys.

The beneficiaries of the project were sourced from farms in the greater Langeberg Municipal District and backyard dwellers. Mrs. Dikasi Luwalala (92) and oldest beneficiary said “it is with the highest gratitude that I stand here today and receive this tittle deed. At some point in my life I thought this dream will never be realized and today here we are. I would like to thank our Government for making this possible.”

Speaking at the event Minister Simmers said: “Today we created a new chapter in the lives of these beneficiaries, as most of them were accustomed to a life of informality and relocating in between farms. This would not have been possible without the collaborative efforts of the two spheres of government. It is therefore a source of great pride for me that we are officiating at this handover and see the tangible impact of our services, in this community’s lives.”

“The handover of these title deeds ensures that our beneficiaries are empowered with the security of tenure. This is true redress in action and demonstrates our commitment to restoring our people’s dignity” added Minister Simmers. 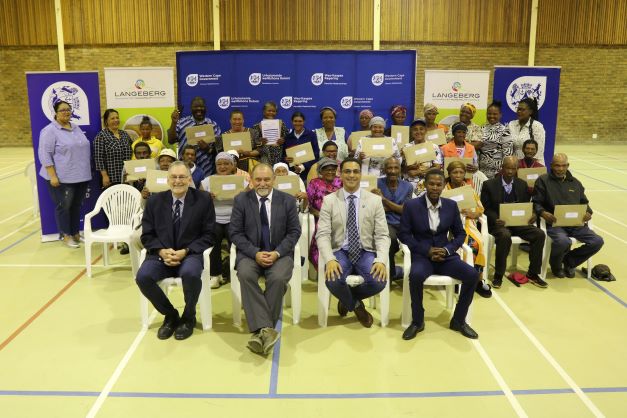 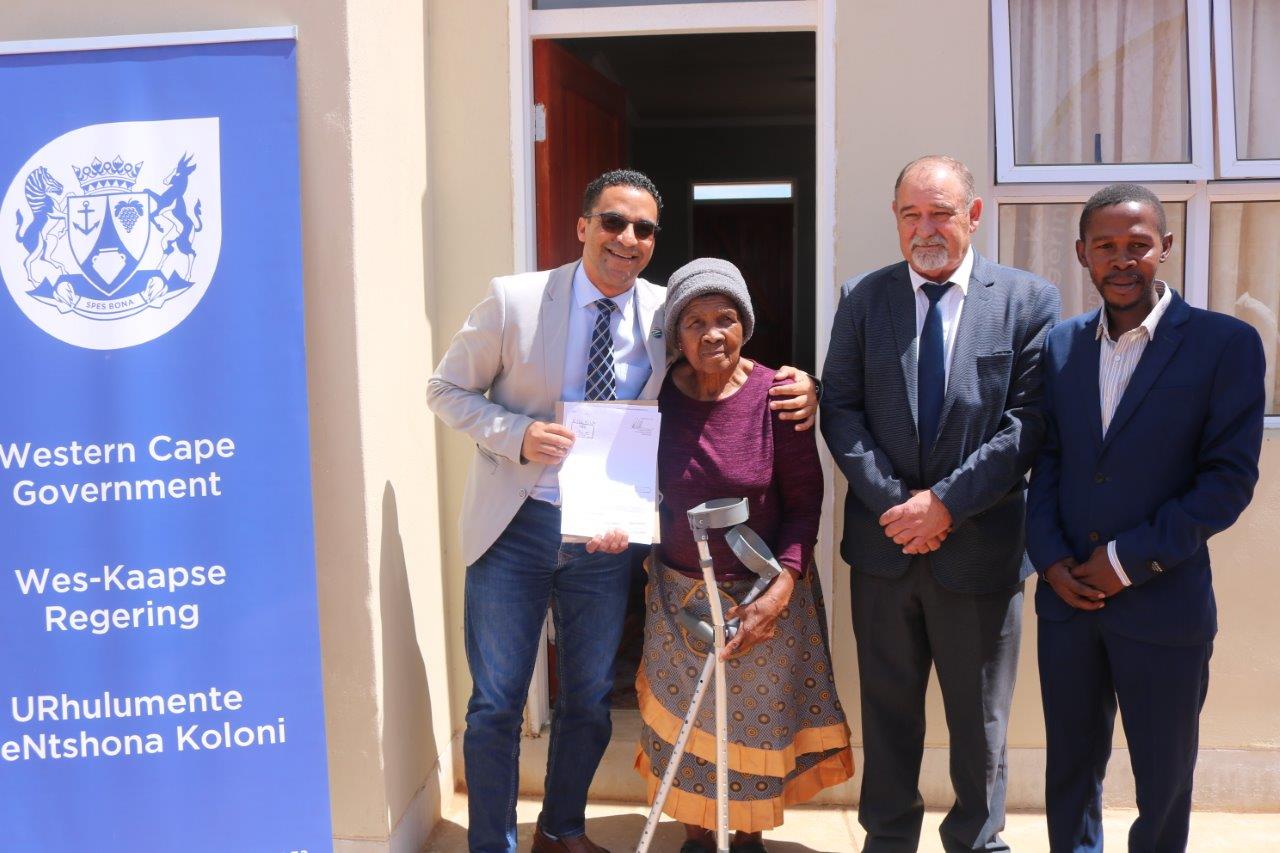